Home
bali dreamland
Wet season Vs Dry season in Bali
Prev Article Next Article
Before I came, I wondered how big a difference there would be between the wet & dry season in Bali.  After having seen out several years of the wet and dry season in Bali , I thought I would weigh up the pros & cons of each to let you figure out which would be better for you as, depending on what you are looking for and are used to, it may differ quite a lot from person to person.  I should note that the wet

season is from early November through to late April / early May and the dry season is mid-May until late October.

Cons of the Wet Season in Bali

Pros of the Wet Season in Bali

Now, for the dry season,

Pros Cons of the Dry Season in Bali

Me surfing at Canggu at the end of the wet season – not bad!

Cons of the Dry Season in Bali 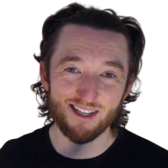 More from this Author

we respect your privacy and take protecting it seriously